Leader of the Freedom Fighters
President of Bring-Stone

|<This article needs development. Help by adding to it.>

All her life, Sally was prepared for the daunting task of leadership, due to her parents owning a big company around the world. As a result, Sally's parents had high hopes for her. But she just wanted to have fun with her friends, friends who she didn't have... everyone she considered becoming friends just wanted to cash in on her and her parents.

Over time, she learned to hide her emotions from others. She decided to go against the hopes of her parents. Deciding to recruit participants for a new group of vigilantes, known as the "Freedom Fighters", this group was created to counter the attacks the evil Dr. Eggman preformed on the city. Of course, the good doctor could not foresee such an attack, andwas not ready for it. So this group was able to resist the first attacks quite well.

As time went on, Sally got her way - her parents were proud of their daughter. But one night, she decided to stay late at work. And in the next day, when she woke up - she found out that the city was the victim of a surprise attack by Eggman in retaliation to the Freedom Fighters' continued defense against Eggman's attacks. Her whole family perished during the surprise attack. The business Sally's family had owned for so long was taken over, and some members left the team Sally had created.

As a result, Sally just broke. She had died on the inside, everything she once deeply valued was suddenly gone. Somehow,​ Sally kept going despite the harsh circumstances, continuing her work on rebuilding​ the "Freedom Fighters" team. During this, Sally herself became more cold-blooded and ruthless.

Later, during a general gathering of new allies, Sally was ambushed and almost killed by Eggman's robots, but was saved by Amy Rose. Sally was curious about her, and soon started to like Amy, as she was the only one who made Sally feel like herself. Later, Amy introduced her to a little rabbit named Cream, who reminded her of her dead sister. The three of them became best friends.

But suddenly, Sally discovered that she just fell in love with Amy and was very afraid to​ confess to her. Eventually, Sally became really loyal to Amy, and she won't let anyone hurt her and will always be with her and Cream.[1]

Sally is seen as an Easter Egg along with Amy and Cream at some points of the game, and at the end of Knuckles' Average Ending.

|<The information shown below is part of a simulation.>
Sally is one of the playable victims of Exetior in Simulation Cave. She uses special shields, which were created by Tails.

Sally has a big role and acts as one of the playable victims of Exetior. She uses special shields, which were created by Tails. She appears in some of the Thrio-Orever Endings, and in some secret scenes.

In Part 2, she has a major role in Blood Wood, where she battles against Eggman, and in "Reckless Deal", where, together with Amy, she tries to persuade Cream to join their side. She later gets possessed by Stich-Lite while wandering through Negagen Temple. She​ also appears in a secret scene.

|<The information shown below is non-canon.>
Sally comes up with a name for the Amy from Sark's dimension -​ nicknaming her "Rosy", as to not confuse Exetior's Amy and her. Rosy learns about Crally and Sally's love for Amy, and sooner down the line, Sally encourages Rosy to trust Exetior after a misunderstanding.

|<The information shown below is non-canon.>
Sally is shown standing in the Blood Temple looking at simulations of Nightmare Beginning, with Exetior talking. Exetior then approaches Sally after he is done talking, looks at the simulations, and asks her if she's studying the old timelines. He then says that they will be erased soon, and that they should go as they have lots to do. They then leave.

|<The information shown below is non-canon.>
In exe line 4, Sally is walking,but Exetior stops her and asks her where she is going.She then says she isn't going anywhere,then continues walking.Exetior stops her again and says that he got him and that he wanted to make sure she is ok. Crally then comes and tries to attack him,but he kicks her back and was going to finish off Crally,but Sally comes and says that she needs her,but Exetior says she only wants her to believe that,but Sally says that she still needs her. After all that,He sends her to another simulation and she chases Cream,but Cream seems more reckless,rude and unpolite. Sally then chases her and gets to Amy and Amy asks if it is really Sally.Sally says it is,but Cream then tries to attack her,while Amy runs away,but Crally takes control of Sally and sends Cream flying out of the screen. She then knocks out Amy and shocks her with an electrical shield.Sally regains control,then asks Crally why they are beaten up.Crally says it was an accident,then they meet up with the other simulation with the other Sally and points a gun at her. Sally says she is not the enemy and Crally takes over again and attacks the other Sally.The other Sally says Sally might be much stronger than her. Sally asks about Crally,but the other Sally says she got rid of her.Sally then leaves the other Sally and then uses the power of the "eye" to beat Crally.Sally returns to her simulation and Amy then sees a black hedgehog spying on them.Cream and Amy then chase him.Exetior asks if she defeated Crally and Sally says yes. Exetior then leaves, but Crally says that they bought it.Sally says don't forget their deal. Crally says she will and Sally showed her who's boss.It shows another scene of Sally using the power of the "eye" about to kill Crally.Crally says she shouldn't do it because she was their when Sally's family died and that she went overboard and that she is sorry. It ends there.

Sally puts up a serious and stoic façade when at work, though that is not her true attitude. Sally, in reality, is much nicer and likes to spend time with her friends. She is stubborn, and does not easily believe those she is against.

Sally, when alive, looks identical to her Archie comics (organic form, before Super Genesis Wave) self. When demonized, her fur gets a bit darker, and her eyes gain black sclerae with red pupils. 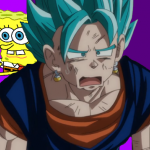 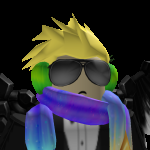